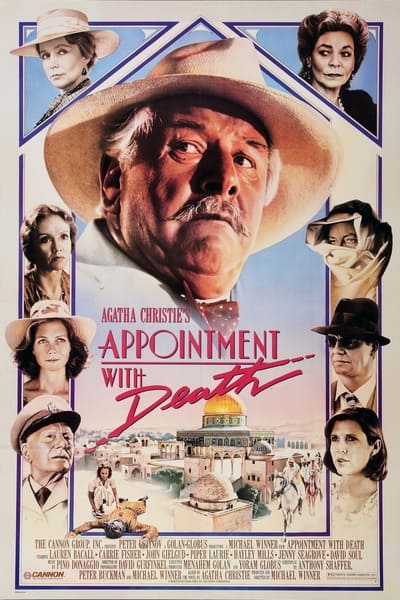 Emily Boynton (Piper Laurie), stepmother to the three Boynton children, and mother to Ginevra (Amber Bezer), blackmails the family lawyer, Jefferson Cope (David Soul), into destroying the second will of her late husband, which would have freed the childern from her dominating influence. She takes herself and the children on vacation to Europe and the Holy Land. In Jerusalem, Hercule Poirot (Sir Peter Ustinov) meets up with a woman friend, Dr. Sarah King (Jenny Seagrove), who falls in love with Raymond Boynton (John Terleskey) to Emily’s disapproval. Lady Westholme (Lauren Bacall), her secretary, and Cope are following them too. The children learn about the second will, and Emily succeeds in rubbing the rest the wrong way, causing much hatred towards her. At a dig, everybody wonders about the camp, and Emily is found dead, poisoned. Poirot investigates.