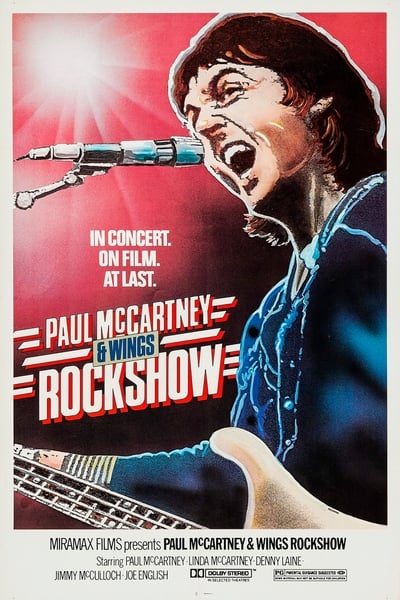 In 1975 and 1976 Paul McCartney and Wings undertook the epic Wings over the World tour, the largest scale tour they would ever undertake as a band. From this tour came both the legendary "Wings over America" triple live album and the concert film "Rockshow". Although filmed on this tour at the enormous Kingdome in Seattle, "Rockshow", originally a cut down version of the concert, was not premiered until November 1980 in New York and April 1981 in London. It was released on Betamax and later on laserdisc. Now for the first time the complete full length concert is being made available fully restored from the original 35mm film and with restored & remastered sound, including a 5.1 mix for the first time. This is Paul McCartney and Wings live on stage in a concert that is destined to live forever!