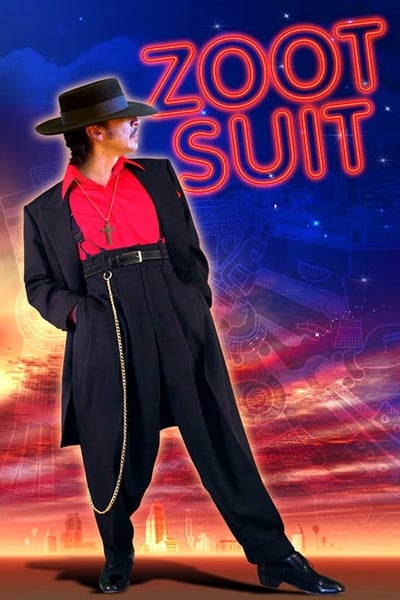 A kind of musical accompanying the story of the early 1940’s and the effect that the "zoot suit" (a man’s suit of long jacket and pegged pants, always worn with a long keychain that looped almost to the ankle…. the rebellious fashion of young men) had on the morals and attitudes of the people of that era.