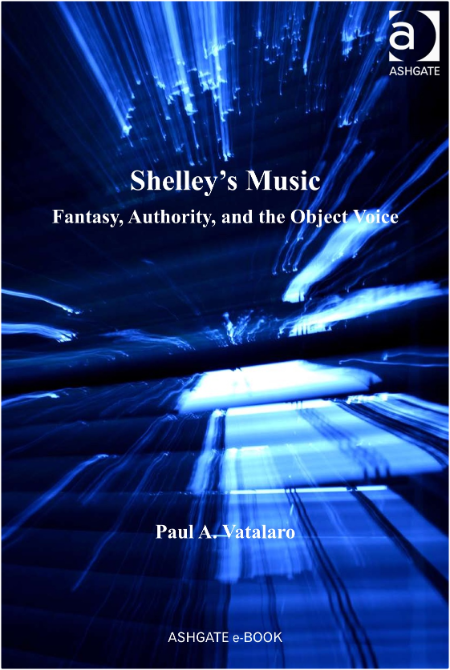 Description:
Shelley’s Music: Fantasy, Authority and the Object Voice regards music images and allusions to music in Shelley’s writing as evidence that Shelley sought to infuse the masculine word with the music of feminine expression. Set within his configuration of hetero-erotic relationships, this agenda reveals Shelley’s desire to remain eternally present in his poetry. In the end, Shelley fails to achieve this goal, because he failed to overcome an even stronger desire to preserve male authority.
Shelley’s Music demonstrates that the main body of Shelley’s writing consists of a fantasy aimed at unifying the word, traditionally associated with masculine power and authority, with voice and music, traditionally associated with the power and mystery of feminine expression. This particular fantasy extends an even more fundamental desire to integrate the "object voice" with one’s own subjectivity. Structured along the lines of sexual difference and providing the coordinates for Shelley’s construction of heterosexual and hetero-erotic correspondence, this phantasmic movement reveals Shelley’s desire to make his voice eternally present in the written word. As Zizek reminds us, however, all fantasy inevitably exposes the very horror it means to conceal. For Shelley, what plagues the desire to merge word, voice and music is the prospect of losing both the poet’s authority and the subjectivity upon which it relies. Recycling throughout his writing, Shelley’s fantasy, then, generates deadlock and instability each time it finds renewed expression. Shelley’s Music argues that this division paradoxically becomes Shelley’s ultimate goal, because it maintains desire by creating a steady state of suspension that finally preserves for Shelley his authority and his humanity.